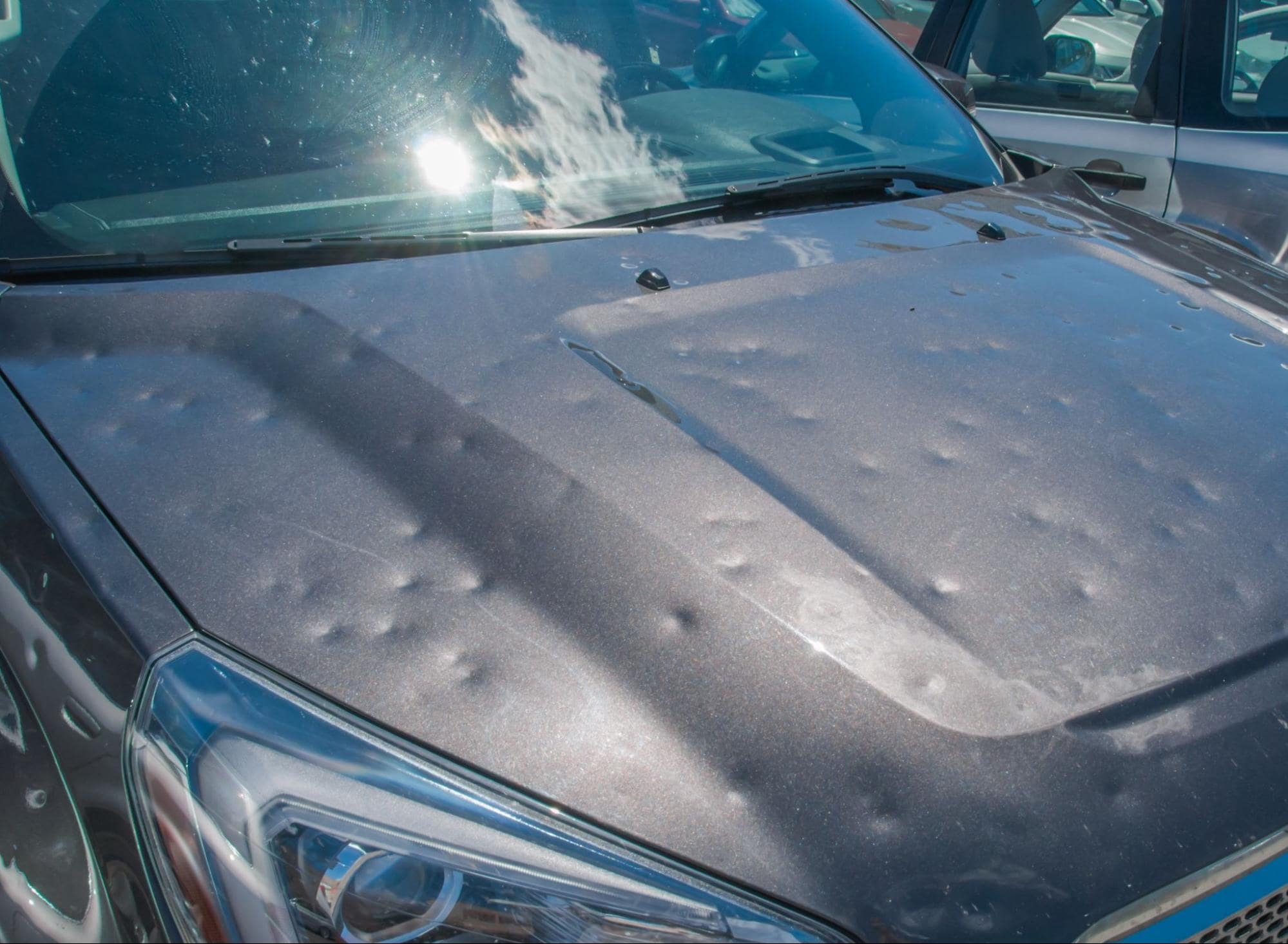 Nothing is worse than getting a dent in your truck or car, especially if it is the first one in a new vehicle. While your first instinct would be to take it to a repair shop, this can cost hundreds of dollars to fix. Whether you own a Jaguar or Honda, there is the possibility that you can get the dent out yourself with a little elbow grease and a little know-how. Before you lose hope on your vehicle or spend too much on getting a dent fixed in your car or truck, try one or all of these DIY methods for getting a dent out of your vehicle yourself.This way, you’ll know how to protect your car from hail or any unforeseen damage to your car!

Help Protect Your Car With A Quality Cover

This trick is sure to get a small dent out with ease. Just like you would plunge a sink, use a plunger on your vehicle. This works well on doors or side panels as suction is created to lift the dent right out. Be sure to use a cup plunger and not a flange plunger as this won’t produce the suction you need to get the dent free. Start by wetting the plunger and the dent and give a few pulls to see it release. Don’t be overly aggressive as the dent may need more than the suction a plunger can provide.

Today’s vehicles have plastic bumpers that make them more pliable to releasing dents. If you have a dent in your car’s or truck’s bumper, you can remove it and apply boiling water to make it easier to push the dent out of the plastic. Just heat boiling water and pour it over the affected area. Reach your hand behind the dent and push it out with your hands. The plastic should be soft because it is warmed up and will be able to release the dent more easily.

Even dry ice can be used to release a dent from a car or truck. Just rubbing dry ice on the dent of your vehicle can cause it to pop out on its own. While you will need to wear hand protection when handling dry, you will be able to see results from this method fairly quickly. Apply the dry ice directly on the dent. Rub it all over the damaged area and wait to see if the dent pops out on its own. You can repeat the process until the dent is completely out or you can try using a hair dryer to heat the surface before you apply the dry ice. This will allow the plastic of the car to expand and contract with the heat of the hair dryer and the cold of the dry ice. Either method will help get a dent out of your vehicle with ease.

This method uses an infusion of hot air and cold air. As these two come together, they allow a dent to pop out on its own. The hair dryer makes the plastic expand in the dent and the compressed air is cold and makes the plastic contract, essentially popping the dent out. Heat the dented area of your vehicle with a hair dryer at the highest setting possible. Get it as hot as possible and then use a can of compressed air to blow on the dent. The cold air will contract the plastic and allow the dent to pop out on its own.

This method takes some engineering on your part but it is a good way to ensure that you don’t chip the paint of your vehicle. You will use your own pulling force to release the dent over several areas where the dent has formed. Simply, place screws on the end of small wooden dowels. This will act as a handle for you to pull on. You will use the hot glue to affix the dowels to the dent. Apply the dowels in evenly spaced areas over the dent. When the glue has dried, begin pulling on the dowels to pop the dent out of your vehicle. You will be able to get maximum force over the dent and pull it out over several areas of impact. This will leave your car or truck cover without any paint chips as it is a safe way to pull out a dent.

You will need to apply force to both sides of the dent in some instances. When a dent occurs, some areas are raised and others are indented. Using a long metal rod as well as a wooden or rubber knockdown can reach both sides of a dent that have affected your vehicle. Use the metal rod on the underside of the dent and the knockdown on the top to apply force to pop the dent out. This works wonders to get the dent free and may be all you need to release the damage that has occurred in your vehicle.

When all else fails, you may want to invest in a kit that is specifically designed to get dents out of a vehicle. With some success, these products are designed to release dents using a special amount of force to pull them out. Do your homework when it comes to buying these products as they are not all designed to achieve the results you are looking for. While the optimal advice is to avoid dents at all costs, you can have some success with these DIY methods of getting dents out of vehicles.

Always protect your vehicle when it is not in use by using a quality car cover and this will help eliminate some of the potential damage that your car or truck will undergo. Also, be careful when you back up around other vehicles and objects as this is where most dents occur. Before you give up on getting your car’s or truck’s dent fixed, give these DIY techniques a try as the results will surprise you.