History of the Chevrolet Silverado

The Chevrolet Silverado is a series of full-size and heavy-duty pickup trucks manufactured by General Motors. The Silverado series, along with its identical cousin, the GMC Sierra, were the successors to the Chevrolet C/K line. 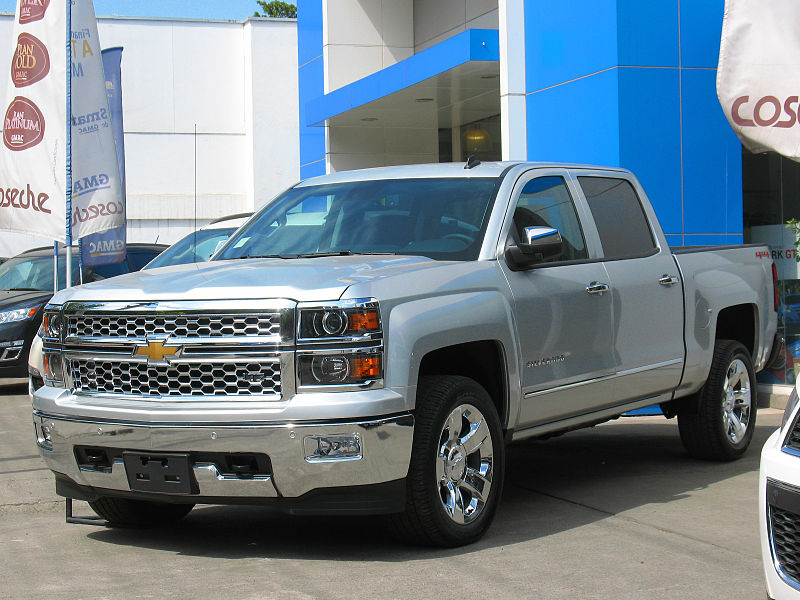 General Motors introduced its first pickup truck in 1930. It took 40 years of manufacturing vehicles before the term “Silverado” was first coined. From 1975 to 1999, the term “Silverado” was used to designate the trim for Suburbans, Chevrolet C/K pickup trucks, and Tahoes. During that time, GMC used a few variations of the “Sierra” name (such as High Sierra for example). Today, Chevrolet still uses the CK and CC designations in their most current model codes.

For their entire history, GMC Sierra and the Chevrolet Silverado trucks share the same mechanical build, though there have been slight differences here and there. For example, there have been add-on and trim variations that are unique to each truck. 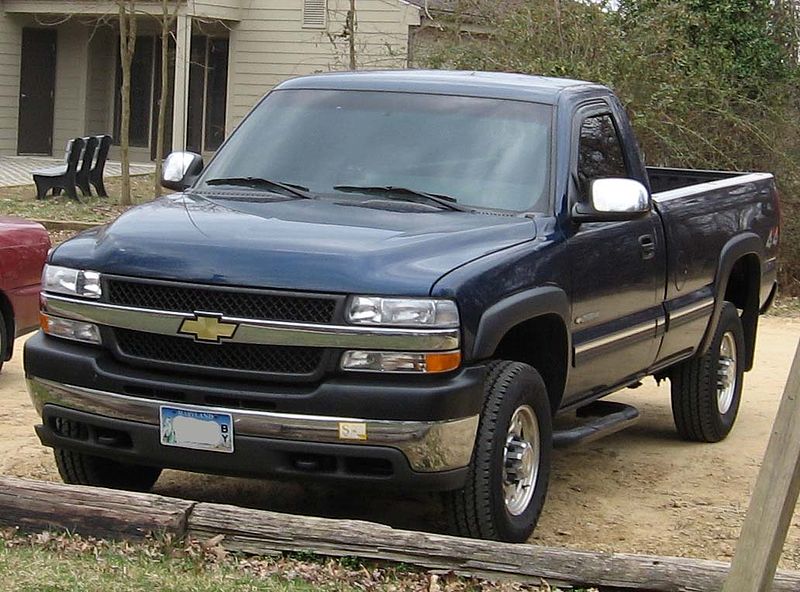 The GMT 800 Silverado/Sierra 1500 and 2500 light pickup trucks were released in 1998 as 1999 models. The Light-duty GMT 400 C/K trucks, considered to be classics, were still manufactured and marketed despite the release of the new models. The heavy-duty GMT 400 pickups continued onwards into 2000, even as the brand new GMT 800 Silverado/Sierra Heavy Duty was launched. During 2002, slight changes were introduced in the design specs. Also, the HVAC and audio controls received an upgrade. During 2007 the name “classic” was used to indicate the differences between the first and second generation of trucks.

There are quite a few models of light-duty Sierras and Silverados. These include the half-ton SS and Hybrid. Light-duty trucks are designated the “1500” name and come packaged with a number of features: a choice between three cab lengths, two door standard/regular cab, four-door extended cab, and a front hinged four-door crew cab. Furthermore, there is a choice between three cargo beds: a 69.2-inch short box, a 78.7-inch standard box, and a 97.6-inch long box.

During the first year of the release of the first generation of Silverado trucks, only the regular cab and the extended cab were available, as well as the Vortec 4300 V6, Vortec 4800 V8, and the Vortec 5300. In 2000, a new option was added: a driver’s side door for the extended cab. This gave the Silverado four doors.

In 2004, GM revealed a hybrid version of the Silverado/Sierra, and thus surpassed a milestone for becoming the first GM hybrid passenger vehicle ever. Those within GM refer to the vehicle as the “Parallel Hybrid Truck” or “PHT”. In actuality, the vehicle isn’t so much a parallel hybrid as the term is currently defined, but more so a micro hybrid. The transmission flywheel housing stores an electric motor that allows the engine to crank, powers accessories, and power the battery. When the vehicle comes to a stop, the engine is automatically shut down. It uses a 42-volt electric power to jolt the engine to life once the brake pedal is released. On top of the standard 12 V automotive battery, the PHT also uses an additional three 12 V valve regulated lead-acid (VRLA) batteries that are housed under the rear seat. These extra batteries serve to store and provide power. The 5.3 L Vortec 5300 V8 battery is the primary battery used to provide propulsion to the vehicle.

The 2500 HD comes packaged with a five-speed Allison 1000 transmission with the Vortec 8100 and Duramax 6.6. When the Silverado 3500 became publicly available it was found that it offered the same engine and transmission features as the 2500 HD. In the Silverado’s case, it came equipped with “dually” rear twin wheels and a much stronger suspension. In general, the HD series was built with towing and heavy hauling in mind. With that in mind, the Chevrolet Silverado 2500 HD was picked as number two in a study conducted by iseecars.com in 2016 that ranked the top 10 longest-lasting vehicles. In other words, the study further validated that the Silverado Heavy Duty series was a tough vehicle that has a proven track record of longevity.

The last quarter of 2006 introduced the brand new GMT 900 generation of Silverado/Sierra 2007 model trucks. The features included a redesigned frame, suspension, exterior, and interior. Some engines even received a power increase. If one were to take a closer look, they'd find aesthetics very reminiscent of the 2007 GMT 900 SUVs and Chevrolet Colorado pickups. The second generation has new and improved aerodynamics such as the steeply raked windshields and tighter panel gaps which help with the fuel economy. Even with the release of the GMT 900, its predecessor, the GMT 800, continued to be sold side by side with the latest model and was considered to be a “classic”. 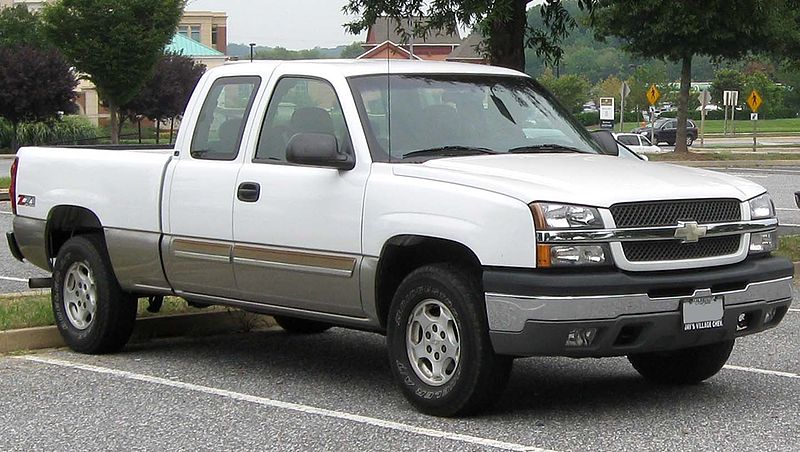 The second generation Silverado was awarded the 2007 North American Truck of the Year award. That same year it was also awarded Motor Trend magazine’s Truck of the Year. Much like the previous generation, the newest edition to the Silverado family gave buyers a choice of two door regular cabs, four-door extended cabs and four-door crew cabs. On top of these offerings, the vehicle could be packed with either two or four-wheel drive configurations.

The engine that was offered in the GMT 800 line, the Generation III small V8, was replaced in the GMT 900 series by the Generation IV small block V8 engine family. This new engine featured numerous upgrades, such as active fuel management on the 5.3 L and 6.0 L V8s and increased power. GMC skipped the 2008 model year. 2007 was the last of the GMT 800 hybrid line. However, a new two-mode hybrid model was unveiled in 2008 as a 2009 model.

On the other hand, the Sierra 1500 survived the cut. It came with either two or four-wheel drive and is powered by a 6.0 liter V8. Also, the vehicle includes two 60 kilowatt electric motors that derive their power from a nickel-metal hydride battery pack that sits under the rear seat. Alone, the V8 has been given the rating of 332 horsepower and 367 lb-ft of torque. According to GM engineers, if the V8 is combined with the electric motors the truck can reach 379 hp. The transmission holds the electric motors as well as three different planetary gear sets and four clutches with an original design.

Midway through the 2009 model year, all Sierra and Silverado ½-ton models were upgraded with shorted front fascia and a revised bumper. During the mid-cycle of 2010, all models were updated with new interior door panels (which added an extra cup holder amongst other things), and a six-speed automatic transmission on both regular and extended cab models. Additionally, two new exterior colors were added – Sheer Silver Metallic and Taupe Gray Metallic.

In 2011, all heavy duty GMC and Chevrolet’s were upgraded with a new highly durable steel frame from front to rear which improved stiffness by 92% with bigger rear springs, larger transmission mounts, a larger engine, and a new hydraulic body mount. One of the benefits of these upgrades is the front suspension system which incorporates a new upper and lower control arm and new torsion bars which were built specifically to work with one of five gross axle weight ratings. The upper control arm was built from forged steel. It is both lighter and stronger than the arms that came before it. The new lower arm was cast from iron to exploit load capacity. 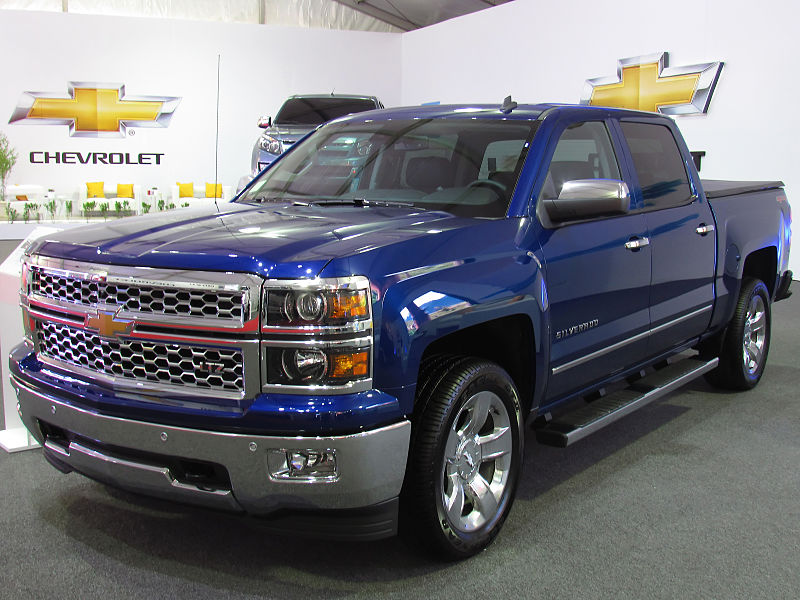 A new and improved 2014 release of the Chevrolet Silverado, alongside the 2014 GMC Sierra was presented in Detroit, Michigan at the North American International Auto Show. With this new release, GM moved on with the 900 series and switched their focus to K2XX. The new third generation Silverado 1500 has three options when it comes to the gas engine: the 4.3 L Eco-Tec 3 V6, 5.3 L Eco-Tec 3 V8, and the 6.2 L Eco-Tec 3 V8. Also, Chevrolet has added a touch-screen interface system called “MyLink” which will be available on most models. The MyLink system will have Bluetooth capabilities, USB hookups, A2DP stereo streaming technologies, and inputs for Apple devices such as iPhones and iPods. While connected to the USB port, newer iPhones will have the ability to stream music from a personal playlist or the Pandora Radio music app. To maximize the sound, the latest generation of Silverado will come equipped with Bose audio systems that will have surround sound capabilities. Also, all models will have access to OnStar services.

The undercarriage of the third generation Silverado is made up of high strength steel frames that utilize hydroforming technology. The hood is composed of aluminum (to conserve on the mass of the vehicle). The bed of the truck consists of roll-formed steel instead of the stamped steel that many other manufacturers use when they’re trying to save weight and gain strength. Also, the Silverado introduced the High Country edition. The High Country’s saddle brown leather interior added a new level of class and was Chevrolet’s initial entry into the luxury market. Check our car covers for Chevrolet Corvette Z06 and Chevrolet Malibu.

As of 2015, the Chevrolet Silverado has begun to spread worldwide. The Silverado can be found in the United States, Venezuela, the Middle East, Chile, Mexico, and Canada. The GMC Sierra is sold in the United States, the Middle East (except Israel and Iran), Mexico, and Canada. In an ambitious move, GM has announced its plans to introduce the Silverado to Chinese markets. Given time, it’s likely that the Chevrolet Silverado and its counterpart, the GMC Sierra, will spread across many more countries as the brand continues to gain in popularity.