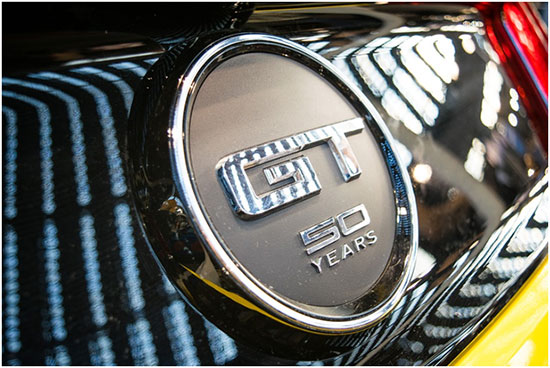 What is the meaning of GT in Mustang GT?

If we know anything about Mustang GT's, it's that they're fast, powerful, and loads of fun to drive. But what does the GT stand for? Is it just a meaningless fusion of the letters "G" and "T" to make certain Mustang models sound cooler? Or does the "GT" in "Mustang GT" actually stand for something?

As you've probably guessed, GT does stand for something. It stands for "Grand Touring" or "Gran Turismo." Typically, most GTs are coup style vehicles that are designed with speed and comfort in mind. If your Mustang has a "GT" appended to the end of the name that likely means your vehicle isn't only fast and powerful, but it's also built to comfortably accommodate the occupants. 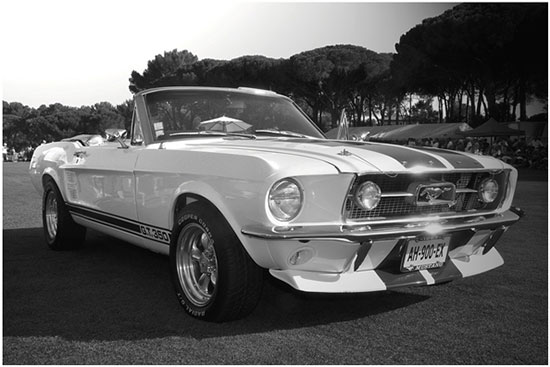 1965 was the first year the Ford Mustang GT took to the stage. During that time the 1965 Ford Mustang came with both the standard package and the optional GT package which included a 289-cubic-inch V-8 engine.

That meant more power under the hood for those who opted for the GT option. This special package also included a dual exhaust system with stylishly polished tips, GT trim, auxiliary fog lamps on the grille, front disk brakes, and GT badging.

In terms of interior upgrades, the GT package included an optional Rally-Pac instrument cluster and five-dial instrumentation. Unfortunately, the Mustang GT all but disappeared after 1969.

The Mustang GT makes a comeback

After more than a decade Ford finally decided to bring back the Mustang GT in 1982. This time it came roaring back onto the stage with a 5.0L V-8 powered Mustang.

One of the primary improvements of this new and improved Mustang GT was its Fox Body style which weighed nearly 200 pounds lighter than its previous body type (the Mustang II). This meant the gas mileage was improved by leaps and bounds.

The racing icon Steve McQueen drove a Mustang in the popular 1968 movie Bullitt. Paying homage to the legend, Ford painted 3,041 of its limited-edition Bullitt GTs the same classic Dark Hunter Green as the Mustang driven by McQueen in the movie.

Ford really took things up a notch with the 2005 Mustang GT. The 2005 model featured a new body style and a 4.6 all-aluminum 300-horsepower V-8 engine. This was the most powerful GT to date, which is further emphasized by the fact that it was the pace car for the 2004 season NASCAR Nextel Cup Banquet 400 and Ford 400.

With its 40th anniversary coming up, Ford wanted to do something big. Looking back to its "Rent-a-Racer" program back in 1966 for the Hertz car rental company, Ford moved forward with a limited run of 500 GTs which were explicitly produced for Hertz. Ford repeated the gesture once more in 2016.

The 2011 Mustang GT had a lot to deliver for a sports vehicle selling just shy of $30,000. It sported a 5.0-liter engine with 412 horsepower. With all of that power under the hood, it could jump from zero to 60 in just 4.3 seconds, making it a respectable ride for its price range.

The 2013 Mustang GT was yet another iconic Mustang due to its 5.8-liter engine with an output of 662 horsepower. That allowed this GT to jump from zero-to-60 mph in 3.5 seconds leaving previous records in the dust. This beast of a Mustang was yours if you had $55,000 lying around.

The 2020 Mustang GT is yet another standout from Ford. With a six-speed manual transmission (along with a 10-speed automatic option), the 2020 Mustang GT packed a lot of power under the hood with its 5.2-liter V-8 engine with an output of 460 horsepower.

The true meaning of GT

The Mustang GT is the perfect combination of raw power, class, and comfort. It should come as no surprise why the GT has so many fans. One can only hope for better iterations of the GT in the coming years and that the existing iterations of this beautiful car are protected with a Mustang GT cover to maintain their appearance and overall condition.