History of the BMW – Written By Tracy Graham 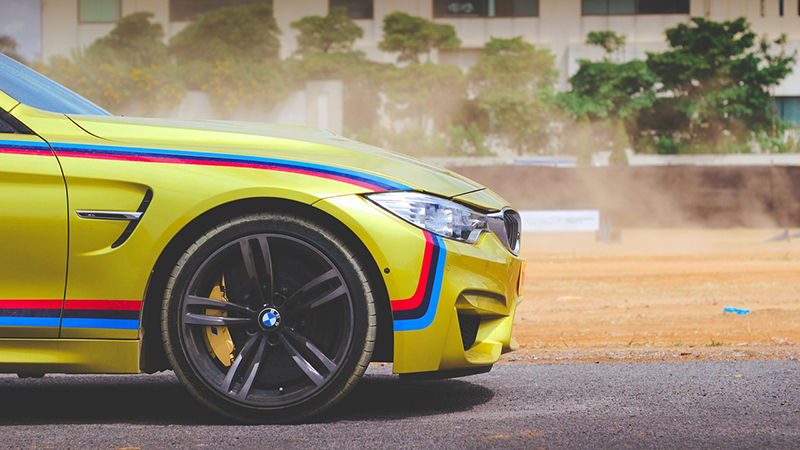 Initially, BMW started as a struggling airplane engine company, eventually transitioning into one of the most well-known luxury car manufacturers in the world. Throughout its history, BMW has survived wars that brought other manufacturers to their knees. The luxury automobile manufacturer was on a mission to prove that they were the epitome of excellent German engineering. With determination, BMW grew from a single small production facility near Munich into a global empire with over thirty facilities stationed all over the world. Proving that they were more than just a car manufacturer, BMW has become a primary sponsor in the world of professional golfing and has tackled major social issues. Learn the history of BMW, from rags to riches. 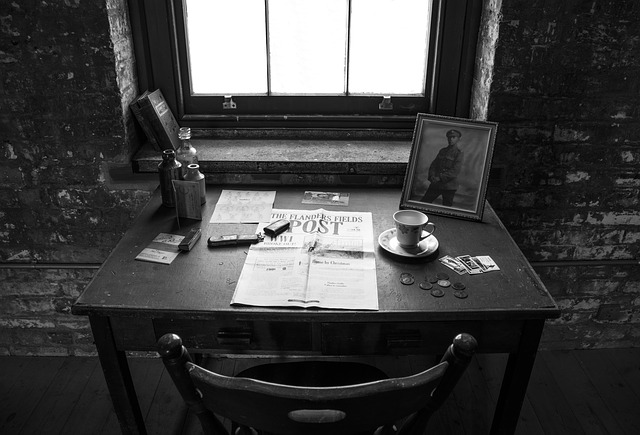 Karl Friedrich Rapp founded his company Rapp-Motorenwerke in October of 1913. With tensions running high throughout Europe, it was only a matter of time before WW1 would begin. As a result, Rapp sold aircraft engines to meet the high demand at the time. Despite the great need for his services, Rapp’s aircraft engines had an inherent flaw that caused the engine to experience unwanted vibrations and his business began to struggle. His competition, Gustav Otto, owner of an aircraft engine plant, was able to flourish during this time.

Rapp-Motorwerke was able to hang on by a thread for several years until 1916. Karl Rapp was nearly forced to give way to the financial burdens that pressed down upon his company during that harrowing period. Thankfully, the Prussian army ordered 600 airplane engines from Rapp-Motorwerke, giving Rapp the boost he needed to save his business from going under. He eventually formed a partnership with business owner Fran-Josef Popp and his financing partner Camillo Castiglioni, giving birth to the Bayerische Flugzeug-Werke (BFW).  It wasn’t long before BFW transitioned into BMW.

In 1917, the first BMW logo was created. It included blue and white, a reflection of the Bavarian state colors. Over the years, the logo underwent several changes, but it still stayed true to its roots – maintaining its original blue and white colors.

In 1923, BMW began its first metamorphosis when it expanded from manufacturing airplane engines to motorcycles. This change was a big step for the company. Before the transition, BMW had only produced engines as a standalone part. Now, they were manufacturing an entire vehicle. They announced that their first motorcycle would be called the R32. The design was considered to be so efficient that the original 1923 concept is still used to this day in modern day BMW motorcycles.

After their purchase of Fahrzeugfabrik Eisenach, the third largest automobile manufacturer located in Germany at the time, BMW began working on their first car. Instead of producing vehicles at their plant in Munich, BMW decided to use the former Fahrzeugfabrik Eisenach plant in Central Germany. BMW found the inspiration for their first manufactured automobile from a borrowed design from the Austin Motor Company. BMW would rely on such methods until 1932, where they used their own models to build a vehicle unique to their brand. 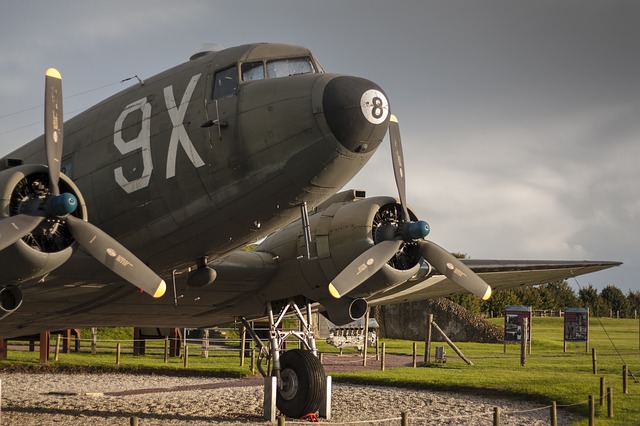 As World War II engulfed Europe, BMW began to manufacture war supplies for the German war machine. BMW’s switch to producing war materials was quite common during that time. Most manufacturing plants in Germany had come directly under the control of the government after the invasion of Poland by the Nazis. During this period, BMW dedicated all of its time and resources to producing aircraft and motorcycles for the German military.

WWII brought out a darker side in all parties involved. BMW was no exception. The war efforts required massive amounts of material to be manufactured and shipped to the front lines. To keep up with the ever constant production demands of the military, BMW began to hire foreign workers in 1940. Most of the men in Germany had been drafted into the army leaving open factory positions that were quickly filled by the foreign workers. These workers alone, however, weren’t enough to keep up with the production schedule. In 1942, BMW began to use POWs from hard fought battles across Eastern Europe as well as forced laborers from Western Europe. These men labored alongside prisoners from various Nazi concentration camps. The factory conditions could only be described as horrid. Efficiency was all that mattered, and everything else was considered secondary. That included humane working conditions.

Once the Nazi regime was defeated, the Allied forces dismantled all of BMW's plants due to their role in producing war materials. Nearly ruined and almost out of options, BMW began to manufacture pots, pans, and other kitchen utensils to keep themselves afloat. Worse yet, the Munich plant was stripped down of all of its heavy machinery and shipped overseas as part of Germany’s post-war reparations. The Second World War had nearly put BMW out of business permanently. With no plants and no influence over any of its operations in Germany until 1949, BMW would have to do everything they could to stay in business. 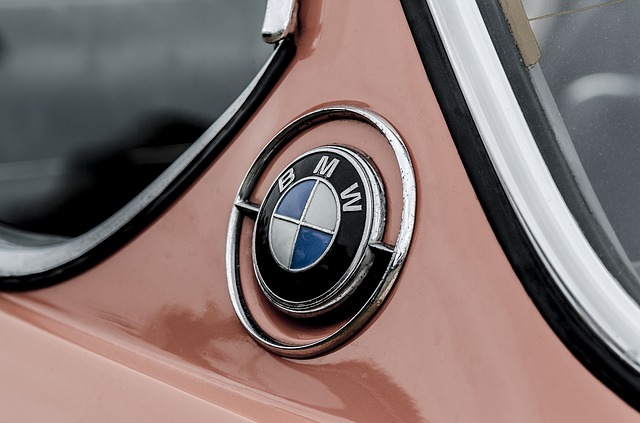 In 1951, BMW proved to be a survivor and bounced back by producing its first automobile since the outbreak of the war. This vehicle was dubbed the 501 and was known for its large interior that could sit six people comfortably. The 501 was originally marketed as a luxury vehicle, though it ultimately failed. Despite its failure, the 501 allowed BMW to get back on track and reestablished the company's reputation as a top of the line vehicle manufacturer. Not only was BMW known for its high-quality manufacturing standards, but it was also known for incorporating the latest technology into its vehicle lines. The 501 lasted until 1958 when BMW decided to pull it from the production lines.

In 1959 Daimler-Benz attempted to acquire BMW. The BMW shareholders decided to reject the offer at the end of the year. With the cash assistance from the rebounding German government, BMW was able to restructure with a new manager at the helm. It had taken the company 15 years to get to where they were presently, and they weren’t going down without a fight.

Up until this point, BMW had survived two world wars and were stronger than ever as a result. Now, without a war to threaten its existence, BMW began to flourish through the 60s and 70s. Expansion was BMW’s primary focus. They succeeded in their goal in multiple ways. BMW began its period of growth in 1971 by establishing its own financial subsidiary organization, BMW Kredit. At the time, BMW needed an entity to finance their growth that included supporting the growing number of BMW dealerships around the world. BMW Kredit ultimately helped to develop and grow the automotive leasing market which was in its infancy at the time.

BMW was only getting warmed up. In 1972, they began to construct their first overseas manufacturing plant in Rosslyn, near Pretoria in South Africa. Once the installation was completed, it employed over 1,700 employees and manufactured over 53,000 units of the BMW 3 series each year. During this time, South Africa was still recovering from the aftermath of Apartheid thus times were uncertain. BMW made sure to enact laws against discrimination and paid its workers fair wages. BMW also worked with local agencies and provided support to the local schools in the area.

In 1972, the company launched their newest BMW Motorsport subsidiary. BMW Motorsport was known for its top of the line standards and began to gain recognition for the power and quality of its vehicles. With its new found popularity, BMW changed the direction of the company and began manufacturing sports cars for the common man. Following the wild success of the BMW Motorsport subsidiary, new lineups such as the BMW Mountains, Yachtsport, and Golfsport began to introduce high-quality performance based vehicles to the market.

Over the decades, the name BMW became synonymous with luxury. With its lines of sedans and sports cars, BMW became one of the great cornerstones of the automobile industry. Their attention to detail, amongst other things, resonated with the market. BMW was also known for its daring and ingenuity. For example, in 1990 BMW opened a Research and Innovation Center in Munich, the first of its kind in the automobile industry.  The facility hosted an army of engineers, managers, scientists, designers, and other innovative staff to collaborate and create luxury top of the line vehicles.

It was in 1994 that BMW finally set up shop in the United States. This newest move allowed BMW not only to expand its global operations, but it also allowed the company to manufacturer cars right in the backyard of its biggest consumer. The first plant was built in Spartanburg, South Carolina and was completely dedicated to producing the Z3 roadster. To this day, the plant continues to produce the Z3 as well as the X3, X5, and X6.

1994 also saw the acquisition of the British-based Rover Group by BMW. The Rover Group is best known for their sports vehicles like the Mini, Mg, and Land Rover. Initially, BMW had big plans involving the Rover Group, but they eventually sold the group in 2000, keeping the Mini model for their own purposes.

BMW’s hunger for acquiring other automobile manufacturers didn’t end there. In 1998, BMW purchased the Rolls-Royce group. BMW was able to gain both the naming rights for Rolls-Royce vehicles and the ownership of the brand. 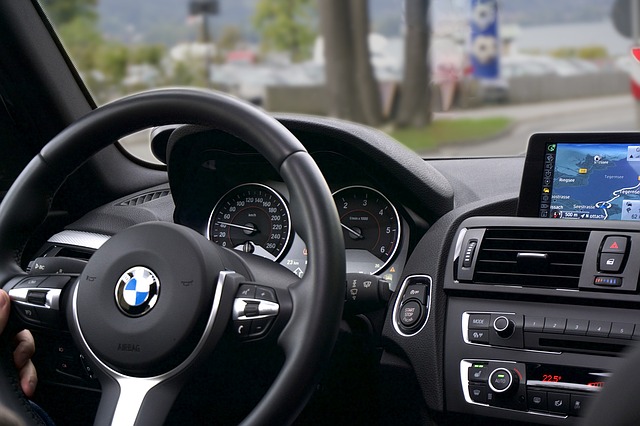 Having survived two world wars, BMW has proven that it is an active, vital organization with the will to survive. Entering a new century, BMW began to concentrate on growing and changing once more. The company put the last holdover from the Rover Group, The Mini, to work by building a plant that specialized in manufacturing the vehicle. Over time, the Mini became highly popular throughout the world. It became so popular in fact, that production had to increase by 150% to meet demand.

BMW further expanded its global empire by opening up three new manufacturing plants. A message was being sent, and it was loud and clear: BMW wasn’t going anywhere anytime soon. A Rolls-Royce plant opened its doors in Goodwood in 2003. Soon after, a new facility came to life in Shenyang, China. Finally, the last plant was opened right in Leipzig, Germany. The newest German plant was viewed as an architectural marvel and won the German Architecture Award of the year sometime after its opening.

Today, BMW continues to look towards the future with growth, technology, and profitability as its main focuses. The ambitious automobile group has claimed that by 2020, they plan to be the leading luxury automotive manufacturer in the industry. Car owners of such an ambitious automobile group must choose bmw cover to protect against scratches, dust, environmental damage, UV rays, and other hazards that can cause premature wear. Also check out car covers for BMW 5 Series and BMW 328i. From BMW's inception, BMW has faced a hard road. They have persevered through some of the toughest periods of human history. BMW never faltered and continued to strive to improve their business. The 21st century introduced a stronger, faster, and leaner organization than ever before and has propelled BMW to new heights as one of the leading luxury automotive brands in the world.