History of the Dodge Ram

The Dodge Ram, also known as the Ram pickup, is a full-size pickup truck marketed under the Ram Trucks brand and manufactured by Chrysler Group LLC. The name "Ram" was first used in 1981 during the redesigned Ram and Power Ram launch. Originally, it was developed on Dodge's light truck line, but the brand has branched out to other heavier lines over the years.

During this time, Dodge began displaying a Ram hood ornament on their trucks and vans. Since the line was new, Dodge decided to keep the prior model designations for its vehicles. "D,” "B," or "Ram" referenced that the vehicle in question utilized two-wheel drive while "W" or "Power Ram" referenced a vehicle with four-wheel drive capability. When it came to aesthetics, the first-generation of Ram vehicles were essentially the same design as the previous generation Dodge D-series pickup truck that was first presented to the markets in 1972 with a few modifications. The new Ram model sported larger wraparound tail lamps, a newly designed headlamp, and new body lines.

The interior of the Ram line was updated with a new style of bench seat. The internal instrument cluster and dashboard came with a new three-pod design – the speedometer dominating the center, an ammeter on the top left, a temperature gauge on the bottom left, a fuel gauge on the top right, and an oil pressure gauge on the bottom right. For models that did not come with the full gauge package, indicator lights replaced the oil pressure and temperature gauges.

Another feature that was added (considered a luxury at the time) was Rear ABS. Furthermore, Dodge added an overdrive automatic transmission that reduced fuel consumption in many of its vehicles. This transmission, considered light-duty, was dubbed the A500 and came packaged with the 3.9 L V6 and 5.2 L V8. Also, a pushbutton called the "O/D Off" was added to give the driver the ability to turn off overdrive functionality.

For the 1991 line of Rams, the grille was redesigned, although it kept the classic rectangular headlamps and crossbars featured in past designs. 1992 included a huge upgrade to the engine (3.9 L and 5.2 L). 1993 introduced a 5.9 engine, new manifolds, multi-port fuel injections, and higher compression cylinder. This latest package was given the marketing name of "Magnum.” Also, a heavy-duty overdrive Torqueflite automatic transmission known as the A518 was packaged with the 5.2 L and 5.9 L engines. Eventually, an engine from the Cummins B series was added to the Dodge engine lineup.

For the very first time, Dodge saw an increase in its sales. The Cummins was recognized as a great engine because it could be coupled with a sturdier version of the A727 automatic or 5-speed manual transmission. The Cummins is available on Ford F-250 and Ford F-350 series pickup trucks. 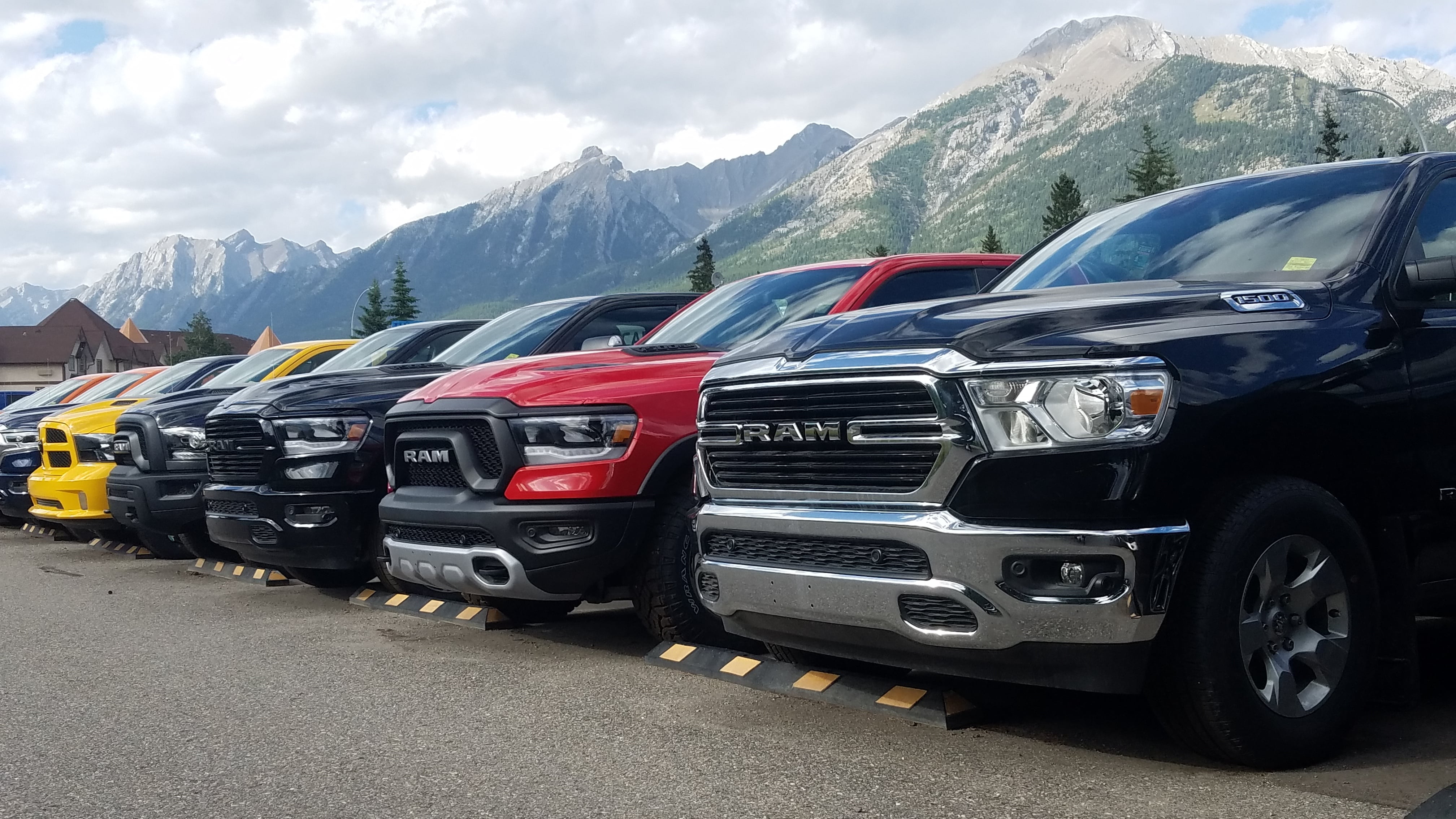 In 1994, the company decided to redesign the lineup of Dodge truck models. Research and development had begun on a second generation in 1986 and continued until 1992. Initially, the second generation had been set to launch in 1991. However, the design had been cast aside with the comment, "It looks like nothing more than a rehash of everybody else's truck.” From that point, the design team was given six months to create a unique vehicle. The original rejected design was thought to have looked too "flat and sedan-like," which was how the Dodge executives thought of most trucks during that time. They were looking for something more cutting-edge and unique.

When the redesigned 1994 Ram was released, it was an immediate success. Sales figures were truly astounding – sales in 1993 increased from 78,000 units to 240,000 units in 1994. The numbers didn't stop there. 410,999 units were sold in 1995 and nearly 480,000 in 1996. The newly designed Ram was a big hit. Also, it didn't hurt that it was used as the main vehicle for the hero in the blockbuster hit "Twister.” The second generation of Ram trucks enjoyed several more years of high sales, peaking at 400,000 in 1999 before the newly redesigned Ford and GM trucks made competition too stiff for Dodge to sit uncontested at the top.

By the time 2001 rolled around, Ram was sitting beneath Chevy and Ford trucks concerning sales. The second generation offered the same engine selections as the first generation – 3.9 L V6, 5.2 L V8, 5.9 L V8, and 5.9 L I6 Cummins turbo diesel. The newest edition to the engine line included the new 488 cubic inch 8.0 L V10 engine. The 8.0 was designed as an alternative for those who wanted pulling power but didn't want a diesel. On the inside of the vehicle, extra care was given to in-cab storage features. This included a larger glove box, extra storage space behind the seat, and a center armrest. On top of all of this, the dashboard and gauge cluster had a new, more modern look.

In 1998, Dodge announced the Quad Cab. Its primary feature was its small suicide doors that sat behind the main doors. This was a viable option that was offered for the Club Cab during 1998. Other changes in 1998 included a revised interior dual airbag, rounded mirrors instead of square ones, a chime that replaced the buzzer for seat belts/door ajar, etc., and a digital odometer.

Later in 1998, Dodge introduced a newer front end for the sports models and quad-beam clear-lens headlamps, a restyled bumper, and a body-color grille. The 2000 and 2001 Ram variants came packaged with a 6-speed manual transmission. However, the 1999 and 2000 variants had a few issues concerning the fuel injectors and water jackets. The biggest issue was the engine block stamped with "53," which had a major flaw that caused fracturing in the block itself.

The newest generation had a new frame, powertrain, suspension, interior, and sheet metal. The crew cabs for the third generation were Quad Cab trucks that incorporated conventional rear doors. The 1500 series (four-wheel-drive light trucks) replaced their previous live axles with an independent front suspension, though the Dodge Ram 2500 and 3500 kept the live axles for the sake of durability and longevity. This newest body style was very reminiscent of previous designs. The new designs of the third generation paid off.

2006 was a year of change for the Dodge Ram. One of the most prominent added features was the "Mega Cab," which featured 22 inches of extra cab space and a 6.25-foot cargo box. The newly designed Ram had room for six with rear recliners, redesigned headlamps for better performance, and a full-screen mapping navigation system integrated into the dashboard.

The latest generation of Dodge Ram was revealed to the public at the 2008 North American International Auto Show in Detroit. The first truck was pushed out onto lots during the Fall of 2008 as the 2009 Dodge Ram. 1500. The 2500, 3500, 4500, and 5500 models were added to the lineup. During 2010, the Ram Trucks brand became its own entity. Check our high-quality covers for Dodge Durango and Dodge Dakota

Throughout 2009, Chrysler LLC did everything that it could to keep Ram competitive in the markets. They redeveloped the 2009 model with a new suspension, new four-door cab style, a powerful Hemi engine option, and added the Rambox, a concept in which a person could securely store away all of their valuables within the bed walls of the truck. The Rambox was improved in later models in which the Rambox system was connected to the remote keyless system.

When it came to cab options, the Mega Cab option was removed (at least on the 1500 model) and was promptly replaced by a true four-door crew cab. The other cab options are the quad cab and regular cab. Only the 2500 and 3500 models have the mega cab option. Drawing from previous generations, the mega cab utilizes the same type of wheelbase and length as the crew cab/long bed alignment, but instead of using the long bed, the rear cab is instead extended. The legroom remains the same. However, the rear seats compensate by having the ability to recline. Switching to the handling of the latest generation, a coil spring five-link rear suspension has replaced the leaf springs for the 1500 model. 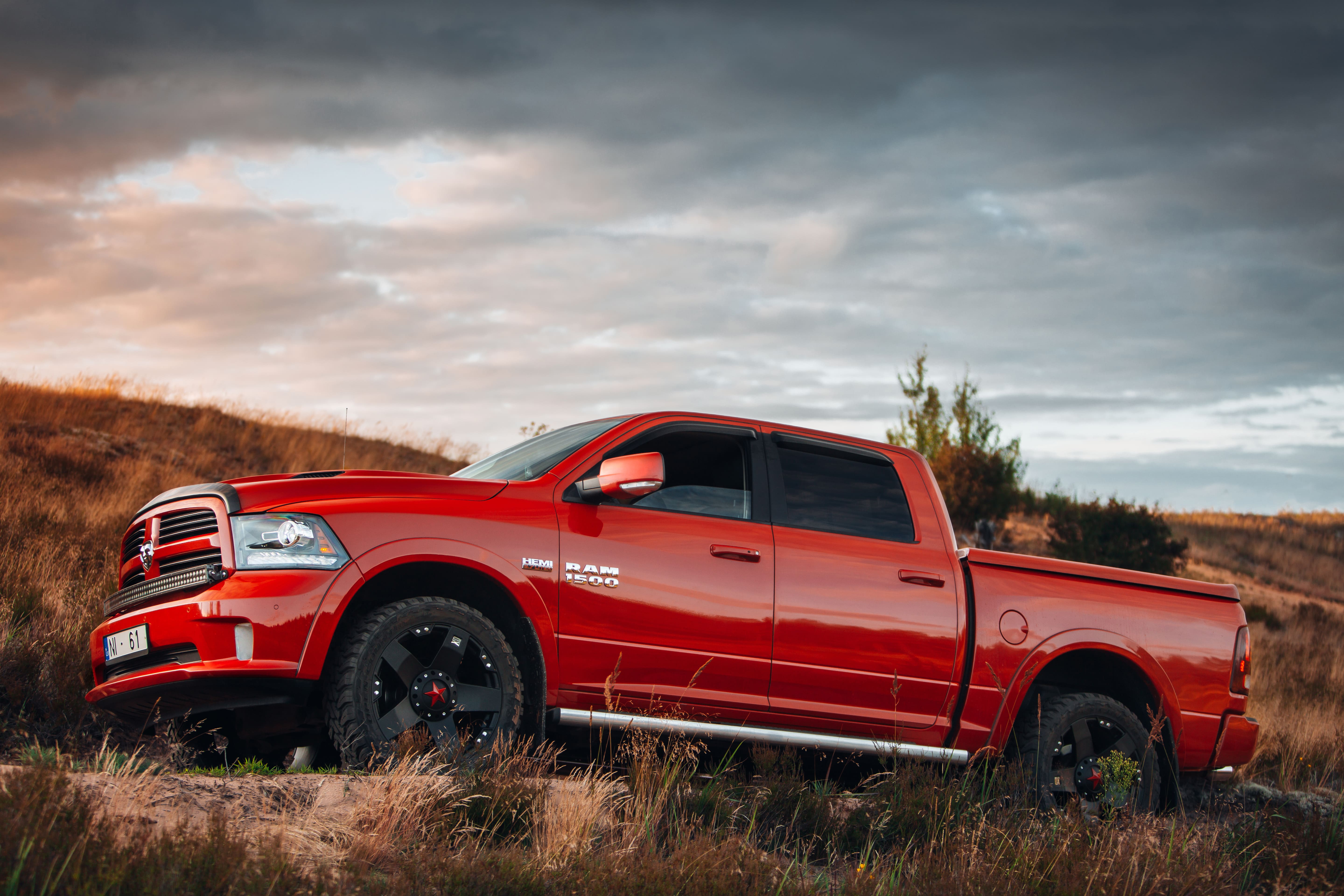 As of 2016 and beyond, Ram trucks are sold all over the world. They're available in Canada, the United States, Mexico, Brazil, Argentina, Colombia, Paraguay, Chile, several Middle East countries, and Europe. In countries where the principal rule dictates that drivers travel on the left side of the road (such as South Africa and the United Kingdom), no right-hand-drive version has been released. Compared to the other major auto manufacturing brands, Ram is relatively young. However, for what the brand has accomplished from its inception until now, it has demonstrated that it is a strong competitor and will continue to strengthen its sales figures as it continues growing in popularity worldwide.

To protect your Dodge truck from the elements and keep it in pristine condition, invest in indoor and outdoor truck covers. CarCovers.com has the best range of semi-custom and custom car covers available for a vast selection of different Dodge trucks from each generation. Contact us today to find out more.