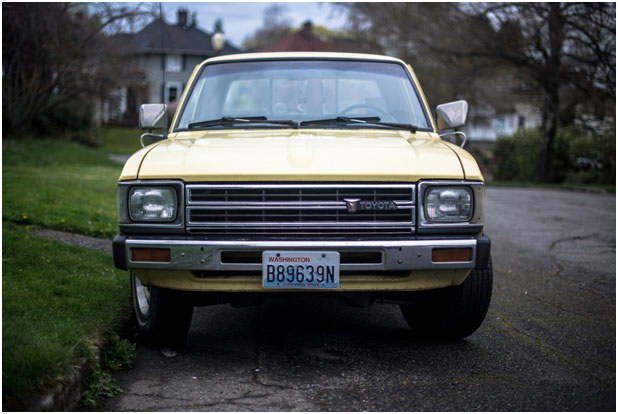 A History of Toyota Automobiles

Known throughout the world as a pioneer in Japanese automobile production and development, the Toyota Motor Corporation ranks as the 13th largest company and automobile manufacturer in the world as of 2012. Having reached the milestone of production with its 200-millionth vehicle in 2012, Toyota continues to produce more than 10 million vehicles annually.

Toyota Motor Company is the leader of sales in hybrid and electric automobiles. Sales of Toyota and its subsidy Lexus' hybrid passenger cars have surpassed 10 million units in sales as of 2017. The Prius is the top-selling hybrid vehicle with over 6 million units sold around the world.

Toyota Motor Company has followed in the footsteps of its largest competitors by selling similar makes and models under different brand names. As of 2017, Toyota produces parts and brands its automobiles under the name Toyota, Hino, Lexus, Daihatsu, and Ranz. Toyota Motor Group is apart of the massive Toyota group, a multinational conglomerate with stake in numerous industries around the world. For all the models of toyota order online toyota cover.

Founded in 1937 by Kiichiro Toyoda, the original company intended to design and build automobiles as  a division of Toyota Industries. While still a small department of its “parent” company, Toyoda created the Type A engine and the Toyota AA automobile in 1936.  Early models greatly resembled the Dodge Power Wagon and Chevrolet, often using parts of American origin.

During World War 2, Toyota was heavily invested in the production of trucks for the Imperial Japanese army. Following Japan’s defeat in the war, the country became entrenched in economic hardship. Not until 1947 was the Toyota SA released as a commercial passenger car. Toyota’s focus on the overlooked compact car market would become a cornerstone to its marketing angle. Despite interest in the automobile, the company was near bankruptcy before the outbreak of the Korean War, which resulted in a large order of vehicles from the US military.

In the early 1950s, Toyota sent the first Japanese produced vehicles to America; the Land Cruiser and El Salvador. Following continued development and growth, the Toyota Crown became the first Japanese car to be exported to the United States. As the 1960s wore on and American automakers faced slowing sales and massive expenses due to manufacturing their automobiles, the Toyota brand and its affordable models met the demands of the American automobile driver. By the 1980s, Toyota became the second largest car producer.

The Toyota RAV4 is a compact crossover SUV (sport utility vehicle) produced by the Japanese automobile manufacturer Toyota. This was the first compact crossover SUV, it made its debut in Japan and Europe in 1994, and in North America in 1995. The vehicle was designed for consumers wanting a vehicle that had most of the benefits of SUVs, such as increased cargo room, higher visibility, and the option of full-time four-wheel drive, along with the maneuverability and fuel economy of a compact car. To keep safe such features of your Toyota RAV4 buy toyota rav4 cover. 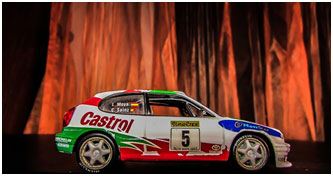 One of Toyotas most popular models and a testament to the strength of the Toyota business and name is the Toyota Corolla. Making its debut in 1966, it wouldn’t be long before it was one of the best selling cars in the world, a title it would hold for more than 30 years. As of 2016, there have been more than 45 million Corollas sold around the world with no sign of a slowdown in sight.

With several different models, its main angle as a compact car with a compact engine that could be as reliable as VW Beetle has remained true over the years. A decade later, Toyota reported that it sold more than one million cars and trucks in the American market alone. Its popularity in Japan showed no sign of waning, having earned nearly half of the Japanese market to itself. With increased revenue spurring continued growth, Toyota continued to reach into untapped markets like Latin America and South East Asia where it also enjoys strong sales.

While Toyota started off as an economy brand that specialized in compact vehicles, it began to stick its toe in the luxury automobile market. The establishment of the Lexus brand took the world by storm and its models would go on to outsell similar models in established luxury brands like BMW, Mercedes, and Jaguar.

With the debut of the Lexus LS in 1989, they currently manufacture sedan, couple, SUV, and convertible models. While Lexus as a brand might be synonymous with luxury around the world, it wasn’t us debut was until 2005. Prior to this, all models that were branded as Lexus in international markets were sold under the Toyota name in Japan. That same year, the first Lexus hybrid model made its debut. By the end of 2007, Lexus annual worldwide sales would top 500,000 vehicles.

Toyota Is A Success Story With No End in Sight

Toyotas global sales have remained strong as their brand continues to diversify its offerings in its premier markets and around the globe.  In 2012, Toyota’s production output was near 9 million units per year and the company generates revenue around $225 billion.

In 2013, Toyota overcame General Motors to be #1 in global sales after trailing in second place for many years. As a manufacturer of just about every kind of automobile and a flagship brand for Japanese manufacturing and economic prosperity, Toyota Motor Company and its subsidies have left an enormous legacy that will last many years.