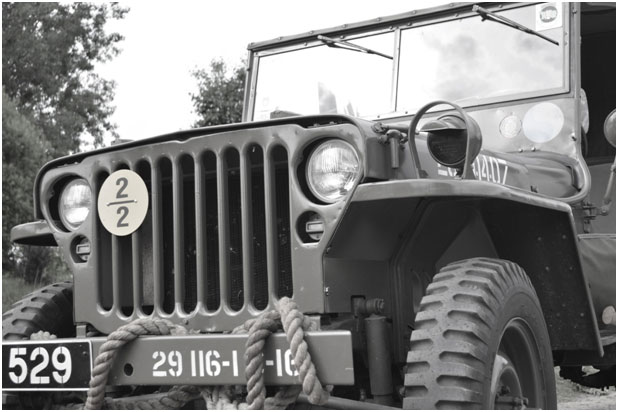 
More than just a brand name or a style of four-wheel drive utility vehicle, the Jeep represents a 75-year tradition of getting things done. The blend of utilitarian design and rugged simplicity has made the Jeep a favorite for people from every walk of life, and for any kind of terrain. Its iconic design, slotted grill, and ample storage have led to numerous imitations, yet it remains the standard by which all similar vehicles are judged. 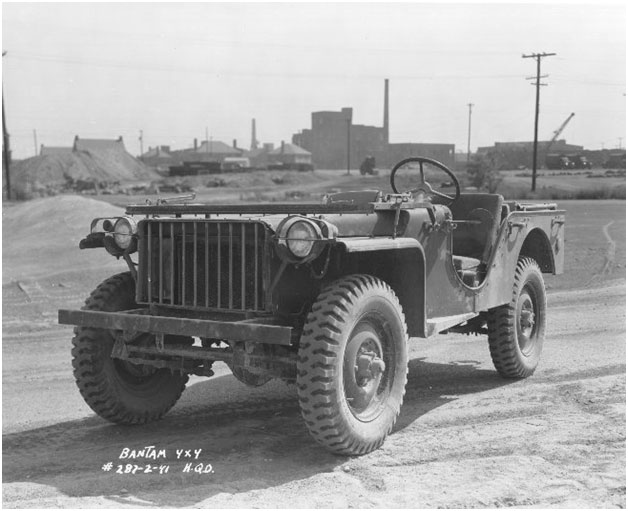 Commissioned by the U.S. Army as involvement in World War 2 became inevitable, its creation was a result of the kind of hard work and ingenuity the machine itself would become known for.

After offering the design and production contracts for a military four wheel-drive reconnaissance vehicle to numerous automobile companies, it would be the struggling American Bantam Car Company that would take the military’s specifications and develop the prototypical jeep. This wouldn't be without the help of a skilled freelance engineer Karl Probst, who worked tirelessly to deliver the Army a workable design under their extremely tight 49-day deadline.

Utilizing existing automobile components and a custom four-wheel drivetrain built by Spicer, the prototype Bantam Reconnaissance Car was handed over to Willys-Overland and Ford motor companies for improvement and additional production.

After a very successful run in World War 2, Willys saw an opening in the civilian market in the United States. The first civilian Jeep, the CJ-2A was introduced in 1945. Jeep also released a station wagon variant in 1946, leading to the eventual inclusion of four-wheel drive in these models by 1949.

Jeep in the 1950s: Worldwide Fame and Production Facilities 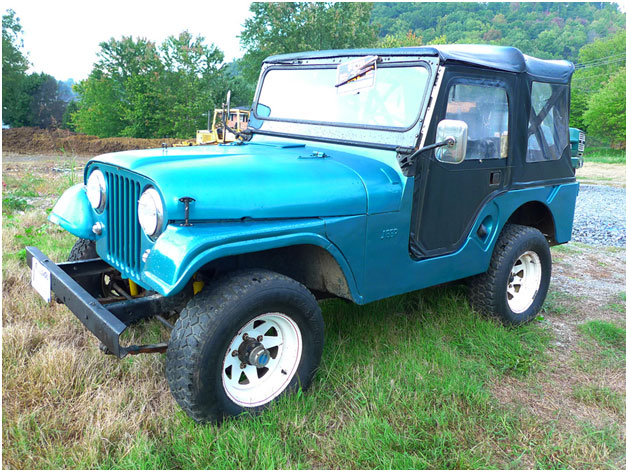 With the Jeep CJ enjoying popularity, Jeep continued to expand its offerings. A two wheel drive edition, the DJ, was produced from 1955-1984. The Jeep CJ got renamed the CJ-3B and offered a redesigned body to accommodate its new engine in 1953.

Kaiser bought out Jeep from Willys in 1953, and its first offering under the brand was an updated CJ model with a slightly longer and wider body dubbed the CJ-5.

During this time, Jeep truly became a worldwide name with the establishment of production facilities around the globe.

Jeep Expands to Station Wagon Market in the 1960s 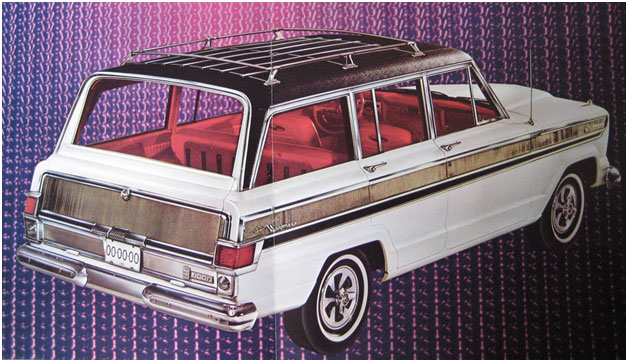 With the release of the J-Series and the popular Wagoner, arguably the first SUV, Jeep laid the framework for its flagship Cherokee model. The Wagoner was the first automatic transmission vehicle with four-wheel drive and independent suspension. With the release of the Super Wagoner in the late 1960s, Jeep targeted the growing station wagon market by offering consumers a four-wheel drive station wagon built with the same ruggedness of traditional Jeep models.

Jeep in the 1970s: Becoming a Family Car

The Jeep name and models were bought out by American Motor Company in the 1970s, and the company was split between the military and civilian market. Jeeps were fitted with AMC’s own V8 engines. Designs of Jeep models began to cater toward the family, and the growing SUV market that saw a demand for larger vehicles with extra cargo capacity.

Jeep in the 1980s: Age of the Cherokee and Wrangler

With sales on the wane, the legendary Jeep CJ-5 model was discontinued after 30 years. Jeep decided to expand its line with smaller pickup trucks like the Scrambler. Competing with pickup trucks, the Jeep Comanche combined a compact frame with Jeep’s renowned utility abilities.

By the late 1980s, Jeep would introduce its iconic Jeep Cherokee. Smaller than the Wagoner, it was built on a UniFrame body instead of the traditional frame on top of a chassis construction which improved stability. It was offered in as two and four door models, the first in its industry.

The Jeep Wrangler took the popular CJ styling and added a wider track and reduced ground clearance to make the vehicle more popular with daily drivers. The full size Jeep SJ employed a wider wheelbase and designs similar to a pickup truck.

Jeep in the 1990s: The Highly Successful Grand Cherokee

The 1990s saw the introduction of the highly-successful Jeep Grand Cherokee. Updates and redesign of the Wrangler and Cherokee came in 1997, further bringing the look of the Jeep into the modern era without losing its iconic toughness. As the SUV market increased, so did Jeep’s commitment to it. Having been responsible for its creation, Jeep would continue to redesign classic models while offering newer, more compact versions for the suburban and urban markets.

The Modern Era of Jeep

With its flagship Cherokee, Grand Cherokee, and Wrangler models enjoying constant success in the new Century, Jeep has still introduced other new models to compete in the huge market for SUVs. The Jeep Renegade is a subcompact SUV that is perfect for urban activities. The Jeep Compass is another compact SUV that has enjoyed success as an entry level luxury SUV.