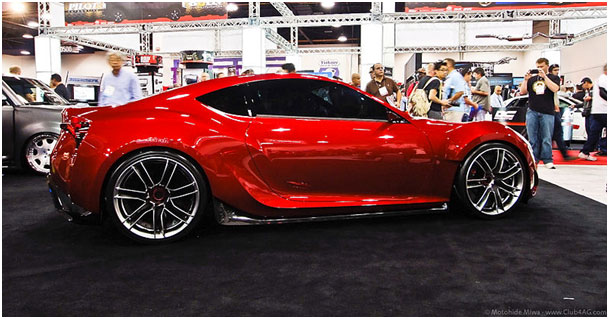 Naturally, auto manufacturers tend to be competitive with one another. However, from time to time they'll set aside their differences to collaborate on a project. Sometimes the end result is an interesting yet successful mix of what both auto manufacturers had to bring to the table. Other times, the project is a complete flop, and the collaboration dissolves into a mess.

Whatever the case, there have been a number of collaborations amongst auto manufacturers that have produced some interesting mixed breed cars. Here are six of the more notable collaborations.

Toyota and Subaru teamed up to bring us near identical twins -- the BRZ and the FR-S. Though the twins didn't exactly have a lot of horsepower, they were still fun vehicles to drive. It helps that Toyota has a stake in Subaru's parent, Fuji Heavy Industries.

Unfortunately, the FR-S and BRZ flopped when it came to sales. Still, they both share the same suspension and engine, and to this day they're still great fun to drive.

Though sales have pretty much flat lined, there's a slight possibility that the twins will hang around for some time to come. Only time will tell.

Isuzu and Honda first partnered in the early 90's. At first, all was well, but over time things began to go downhill due to poor U.S. sales and terrible safety ratings. This led to a split between the two companies in 2002.

Though their collaboration ultimately didn't work out, Isuzu and Honda were able to produce a few notable offerings. The most recognizable being the Honda Passport and Isuzu Rodeo.

The deal allowed for Honda to stick its badge on Isuzu's four-door vehicle. In exchange, Isuzu would push Honda vehicles in Japan. Check out our car covers for Honda Fit.

Although the two auto manufacturers have fallen out with each other, they still maintain friendly relations that could lead to a future collaboration, if the rumors are to be believed.

There isn't one person who could claim they weren't excited when they first heard that Tesla and Toyota were teaming up -- who knew what kind of craziness would come about from such a partnership!

However, when the all-electric RAV4 came rolling off the assembly line people weren't exactly jumping for joy. There was nothing wrong with the vehicle per se, but its $50,000 sticker price was a bit hard to swallow for consumers.

Furthermore, the RAV4 was only offered in California, limiting the customer base even further. On top of all that Tesla's CEO, Elon Musk has openly criticized fuel cells, a technology that Toyota has embraced full heartedly.

Clashes amongst engineers quickly marred what otherwise would have been a beautiful long-term collaboration. Tesla and Toyota inevitably went their separate ways. There are rumors floating about that Toyota and Tesla still have a fantastic relationship and they would be willing to consider a possible future collaboration. Check out Tesla Model 3 Car Covers.

Mercedes and AMG were fated to partner up at some point. After all, AMG was founded by two former Mercedes engineers. The collaboration between these two auto manufacturers gave birth to the Mercedes-Benz 300 SE back in 1965.

The collab was so successful the two companies went on to work on a series of projects together on both the road and the track. This includes the 1982 500 SEC AMG luxury coupe. To this day Mercedes and AMG have a very close working relationship.

Ford and Mazda go way back. It all began in 1969 when Ford and Mazda worked together on an automatic transmission. A decade later Ford began investing in Mazda. However,  Mazda began suffering from a series of financial woes prompting Ford to swoop in and save the day by taking complete control of the Japanese auto manufacturer in 1996.

Mazda was finally able to make a comeback in 1999 though they would likely be out of business if it weren't for the efforts of Ford.

During the course of their relationship, the two companies were able to improve each other's vehicles by sharing power plants, vehicle platforms and engineering concepts with each other.

Though they have a long history, the actual vehicle collaborations between Ford and Mazda have suffered from a medley of problems that range from recalls to brand identity issues.

Notable collabs include the 3.7-liter Ford V-6 found in the Mazda CX-9, the Mercury Mariner, the Mazda Tribute as well as the four-cylinder Mazda engine in older Ford Fusion models.

One collab that might take everyone by surprise is the Volvo C30 though this occurred when the Swedish company was working with Ford which is the only reason why you can find Mazda parts in a Volvo vehicle.

One collaboration that had people talking was the alliance of the powerhouses BMW and Toyota. Sure, Toyota's collaboration with Subaru may have been a bust, but they've shifted their focus to delivering a beast of a machine by allying with an automaker who knows exactly what it's doing when it comes to producing raw horsepower. Check out Subaru Impreza WRX car covers available at best prices.

Together, BMW and Toyota have brought back the ever popular Supra. Its been a while since Toyota manufactured a turbocharged engine, so they sent money by the boatloads to Europe so that BMW could handle the powerplant.

Still, Toyota knows precisely what it's doing when it comes to vehicle design. Few dare to call the newest Supra nothing short but the most badass sports car in 2020 thus far. Anyone who would call themselves a car enthusiast would kill to drive this beast.